“You are listening to F&S Uncensored, the most consistent podcast out of Nigeria,” the cheerful voice greets you with refreshing enthusiasm, within the first few seconds of the show. The candour that seeps from Feyikemi Akin-Bankole and Simi Badiru’s voices are as alluring as the conversations that shape the podcast. Blending their voices as one,… 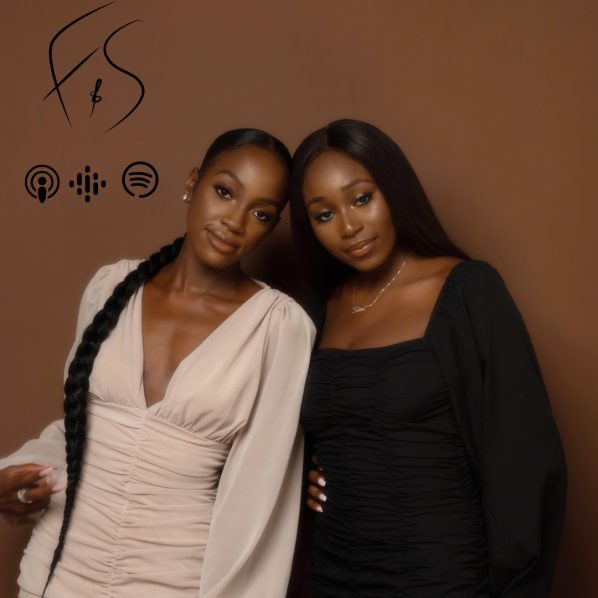 “You are listening to F&S Uncensored, the most consistent podcast out of Nigeria,” the cheerful voice greets you with refreshing enthusiasm, within the first few seconds of the show. The candour that seeps from Feyikemi Akin-Bankole and Simi Badiru’s voices are as alluring as the conversations that shape the podcast. Blending their voices as one, the enigmatic duo have become a mirror for every Nigerian youth, including those in the diaspora, holding the lucid conversations that really matter.

With the pop-culture podcast reaching its 4th anniversary, F&S Uncensored thrives as a safe space for every Gen-Z to emote, find closure and feel the warmth of community.
The latest F&S Uncensored, which explores the troubling fiasco of Nigerians being stranded in Dubai, as well as the second anniversary of the 2020 Lekki Toll Gate massacre spotlights how current and grassroot centric the podcast has become.

As at four years ago, the podcast was a child of grit and childlike passion, where the duo analysed trends within Nigeria’s pop-culture, while also discussing their personal experiences as Diasporic Nigerian Gen-Z sweethearts. Today, with several hundred episodes deep, the podcast has become the latest recipient of the Spotify New Africa Podcast fund and a household show for Nigeria’s youth population. After four years, F&S Uncensored retains the same spirit it began with, radiating with revamped audio engineering, richer storytelling and an exciting playlist dubbed ‘F&S Rotations’ which promotes upcoming music talents as well as showcases the best of contemporary African music.

“We started back in 2018, where the only podcast that was big at the time was The Loose Talk Podcast. It was the only podcast doing something similar to what we were interested in at the time. We have always had an interest in entertainment and pop culture and we always wanted to go into the industry, but we didn’t exactly know how or what, because we didn’t really want to do a YouTube show. We had a lot to say, and so a Podcast was ideal to express our opinions and music interests,” Simi Badiru reminisced.

“We bought a mic from Amazon. It was not really a proper mic, but we both used it to record. For the first year of the podcast, we didn’t edit. The only editing we did was putting a jingle that we found on the internet, at the beginning of the podcast. So, if we made mistakes on the podcast that was how it was going to stay. So, we got used to having to speak like that, hence the name ‘uncensored.’”

Interestingly, the first episode of the podcast, released in October 2018, was an ode to Show Dem Camp’s Palmwine Music 2, among other new music as at that time. And, now, on the podcast’s 4th anniversary, they’re reviewing Show Dem Camp’s Palmwine Music 3, which also just got released.
“I’m really proud of us and how far we’ve come. We’ve been consistently putting out quality episodes every week for 4 years. We deserve to pat ourselves on the back and celebrate this win,” Feyikemi Akin-Bankole commented on her fond memories.

“Hahaha, I remember how we kept re-recording our intro on the first episode that year. We were so scared to put it out and what the reception would be. I remember how my laptop crashed the night we released the first episode. Thank God I had sent it to Simi earlier. I also remember how we used to be so happy getting 100 plays per week… look at us now.”
The tales that serenade F&S Uncensored might have been exciting on the outside, but behind the scenes the challenges they endured nearly pushed them to quits, as well.

“As far as we are concerned, 2019 to like 2021 was tough, because we were recording and releasing episodes, but the new team we had were not really pushing us. So, that was quite difficult to go through.” Simi Badiru noted.
Regardless, the duo returned stronger, reinforcing their vision of being a voice of solace, clarity and excitement for every Nigerian youth at home and abroad.

“Initially when we started, it wasn’t like we had any plans, it was just on vibes. Now, we give a voice to people that struggle. I’ve gone to school in the diaspora, I have lived my whole life in Nigeria. The podcast follows our journey from when we were in university, to when we decided to move back home, Feyikemi trying to leave, and then me being somewhere in between. So we are a voice for a lot of people who struggle on this journey and need some sort of direction.

“We are also into giving upcoming artistes a platform through the playlist, and speaking about them on the podcast to, because we know how hard it is to build from scratch and support goes a long way.”

With a passion for also documenting the culture and people that are currently making an impact in the entertainment space, they have had notable guests such as the talented content creator, Korty, international visual artist T.S.E and Grammy nominated producer T.M.X.O.
From high school and university best friends to being vibrant voices, and one of the pioneering female-only Nigerian podcasts, Feyikemi Akin-Bankole and Simi Badiru are muses for a lot of other young people within the entertainment industry. And for them, after four years this is enough fulfilment.

“It can only go up from here. Only. We’re going to take the Nigerian and African podcast industry to the next level. I don’t know how yet, but I believe in us and you should too,” Akin-Bankole grins, with hope vivid in her eyes.

F&S Uncensored is an avant-garde podcast that focuses on Nigerian pop-culture, as well as personal socio-economic experiences faced by the average Nigerian youth. Kickstarting in October 2018, the podcast is hosted every week by Simi Badiru and Feyikemi Akin-Bankole, both of whom are experienced mavericks within the African music scene, and have built solid legacies with their track records of deliveries.